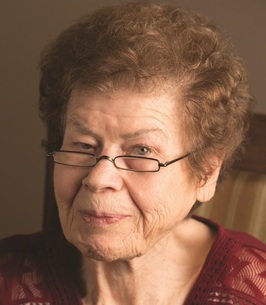 Agnes Maitinsky Pal (Agi) died peacefully at Meridian Village on Thursday, August 26, 2021 in Glen Carbon, IL at the age of 85.

Agnes is survived by her son, George Pal of Edwardsville, Illinois; nephew, Jean‐Paul Matinsky, of Florence, Massachusetts; and niece, Andrea Keins, of Amherst, Massachusetts. She is preceded in death by her husband, Alex Pal.

Agnes was born July 21, 1936 in Szeged, Hungary to Eugene Matinsky and Aranka (Frankel) Matinsky.
As a child, Agnes and her family were taken to the slave labor camps by the Germans and she endured many atrocities in her young life. Living through inconceivable trials made Agnes a strong young woman with aspirations of a better life. At 21, she immigrated to the United States to join her brother, who had moved to New York.

She graduated from the University of Michigan, Ann Arbor, in 1961 with a Bachelors Degree in Art and a teaching certificate. After graduating, she decided to move back to New York, where she met and married Alex Pal in 1967. They moved to Connecticut and later to Edwardsville, where Alex accepted a position at Southern Illinois University Edwardsville (SIUE) in the Math Department.

After moving to Edwardsville, George was born and brought much joy to Agnes and Alex! While George grew up, Agnes worked in various studios developing her art.

Agnes went on to graduate from SIUE with a Masters in Metalsmithing in 2007. Agnes was an accomplished metalsmith, winning several art competitions. Her art was represented in art books and publications in the United States and abroad. Her art was also featured in several shows. Agnes was a member of the American Association of Metalsmiths. A collection of more than 40 pieces of sculpture and fine art jewelry made by Agnes during her lifetime is displayed and cared for at the SIUE University Museum.

Agnes was also a real estate entrepreneur and land developer, responsible for developing Timberlake, a neighborhood near SIUE in Edwardsville.

Agnes will be dearly missed by her family and friends. She was wise and had a kind heart with an admirable spirit of grit and determination, and a fierce love for her son, George.

A Celebration of Life and exhibition of Agnes' art will be held in Edwardsville later this fall. In lieu of flowers, please send donations to The American Parkinson’s Association and to the Public Broadcasting Service.

The family would like to thank the caregivers and Meridian Village for the care and attention they gave to Agnes in her final years.