To share your memory on the wall of Dolores Carriel, sign in using one of the following options:

Print
Dolores Ann (Kinsella) Carriel, mother, wife, grandmother and great-grandmother, passed away peacefully in her home on November 9, 2020 at the age of 93.

Dolores was born to Margaret and Alan Kinsella on November 28, 1926 in Berthold, No... Read More
Dolores Ann (Kinsella) Carriel, mother, wife, grandmother and great-grandmother, passed away peacefully in her home on November 9, 2020 at the age of 93.

Dolores was born to Margaret and Alan Kinsella on November 28, 1926 in Berthold, North Dakota. She had nine siblings.

She received her nursing diploma from St. Catherine University in St. Paul, MN. She had a long career as a registered nurse.

Dolores met William Henry Carriel at Jefferson Barracks Hospital in St. Louis, MO after WW2, when she was working as a nurse and he was one of her patients. They were married in 1949 and raised nine children in Belleville, Illinois. They were married 67 years, until Bill’s death in 2016.

Dolores had an independent spirit and loved to participate in life. When she could find time away from raising her family, she liked to swim laps and she played tennis in several leagues. She enjoyed going to concerts and stage shows. She loved singing, and sang in several choirs. She was a member of Blessed Sacrament parish and PEO.

Dolores suffered from dementia, which she fought valiantly for over a decade. She was able to remain in her home with the assistance of some family members.

If so desired, contributions can be made in her name to Family Hospice of Southern IL, Belleville.
Read Less

To send flowers to the family or plant a tree in memory of Dolores Ann Carriel (Kinsella), please visit our Heartfelt Sympathies Store.

Receive notifications about information and event scheduling for Dolores

There are no events scheduled. You can still show your support by sending flowers directly to the family, or planting a memorial tree in memory of Dolores Ann Carriel (Kinsella).
Visit the Heartfelt Sympathies Store

We encourage you to share your most beloved memories of Dolores here, so that the family and other loved ones can always see it. You can upload cherished photographs, or share your favorite stories, and can even comment on those shared by others. 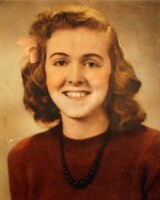 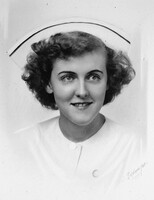