To share your memory on the wall of Earl Vuagniaux, sign in using one of the following options:

Print
Earl Louis Vuagniaux, loving husband and father to 14 children, met his Eternal Maker on Wednesday, October 7th, 2020, peacefully passing at his home on Dunlap Lake, having recently celebrated his 89th year with his family.

Earl was a c... Read More
Earl Louis Vuagniaux, loving husband and father to 14 children, met his Eternal Maker on Wednesday, October 7th, 2020, peacefully passing at his home on Dunlap Lake, having recently celebrated his 89th year with his family.

Earl was a child of Edwardsville: born September 17, 1931 to Bertha Ann (Frey) and Waldo Louis Vuagniaux of Hillsboro Avenue; he attended St. Boniface Elementary school and then enrolled in a German Catholic seminary in Ohio after 8th grade... However, with his bags packed and his initials sewn in all his clothes, decided he would miss his family and town too much, so off he went to Edwardsville High School, pulling trap at the Edwardsville Gun Club, and spending summers working with relatives on their Frey-Wagner farm near Grantfork, IL.

In 1953, after earning his Bachelor of Science from St. Louis University, Earl married his EHS sweetheart, Arlene Schoenleber, then completed his Law degree at St. Louis University Law School in 1956 with 3 baby girls in tow. He was a member of both Illinois and Missouri bars.

Earl began his law career as the ‘youngest ever’ Police Magistrate and was also elected a young Justice of the Peace. In order to earn enough for his growing family, he resigned his Justice post to begin a private law practice at the Vuagniaux Law Office at 118 St. Louis Street.

Earl practiced law in Edwardsville for nearly 50 years. As an old-fashioned lawyer, he loved his profession, especially at a time when Edwardsville was a small town and being an attorney was still considered an honorable career. He was a man of principles, choosing to fight for the underdog and get bad laws corrected. As a circuit lawyer he had a smile and greeting for everyone, and as an accomplished trial and appellate lawyer, his reputation preceded him. He argued important cases in the Illinois Supreme Court. Earl began his career as the youngest practicing attorney in Madison County and, upon his retirement in 2000, ended it as one of the longest practicing attorneys.

During his life, he served the Edwardsville community in numerous ways, including
Democratic Precinct Committeeman, President of both St. Boniface and St. Mary’s School Committees, and a longstanding member of the Madison County Regional Board of Education. Earl also served as President of the Board of St. Joseph Hospital and New Opportunities, Inc.

He preferred “the scenic route” and always had a great sense of adventure. After Arlene’s unexpected death in 1963, Earl met Alice Genevieve "Genie" Ingersoll, courting her by air as he piloted a small Cessna to Champaign-Urbana to impress. It worked! And they married on May 1st, 1965. Genie became his loving wife and the caring mother to his 7 children, and together they grew their family to 8 sons and 6 daughters, then 16.3 grandchildren, and 10 great-grands (plus pets) in their “never-a-dull-moment” 55 years together.

Earl will be remembered for his smile and quick wit, his integrity and intellect, his fierce love of education and justice, his unwavering faith in God, and a fondness for nature and beautifully crafted things, especially dress suits and cars. Earl followed where his Catholic faith led, and made sure every one of his children knew God and got a (preferably Catholic) college education. For his children he filled his home with prayer, respect for a job well done, plentiful food and Christmas gifts, and his own high standards for his home projects: e.g. a model toy train set, a large French WW1 kite (that actually lifted young children off the ground!), and his precision kitchen, bathroom, and patio grout and tiling. We will always remember our many summer and winter seasons of Lake-time fun and our large family trips to the Ozarks, Estes Park, CO and many places out West.

Earl was predeceased by his parents, Bertha and Waldo Vuagniaux, and Arlene Schoenleber Vuagniaux. He is survived by his sister Judy Golliher of San Antonio, TX, his wife Genie Vuagniaux of Edwardsville, IL, and his 14 children with their respective families: Mary and Sandy of Washington, MO; Cindy, Mike (Jo) and Gabriel (Debbie) of St. Louis; Theresa, Brett (Tara), Thad (Nikki), Nicole, Nathan (Debbie) and Beau (Nicole) of Edwardsville; Ben of Collinsville; Andre of Aurora, CO; and Angela (Marc) of Stockbridge, MA. He is also survived by many extended family relatives, clients, colleagues, and friends.

In celebration of the life of Earl L. Vuagniaux, a Visitation will be held this Monday, October 12th, 2020, at St. Boniface Church (110 North Buchanan Street, Edwardsville), from 9 o’clock in the morning, followed by a Funeral Mass at 11am with the most Reverend Father Jeffrey Goeckner.

To send flowers to the family or plant a tree in memory of Earl L. Vuagniaux, please visit our Heartfelt Sympathies Store.

Receive notifications about information and event scheduling for Earl

We encourage you to share your most beloved memories of Earl here, so that the family and other loved ones can always see it. You can upload cherished photographs, or share your favorite stories, and can even comment on those shared by others.

DJ & Stephanie Johnson, Lee and Rachel Angle, and other have sent flowers to the family of Earl L. Vuagniaux.
Show you care by sending flowers

Posted Oct 11, 2020 at 11:29am
Our prayers and deepest condolences to the entire family! With love, The Krause Family -

Flowers were purchased for the family of Earl Vuagniaux. Send Flowers

Posted Oct 10, 2020 at 04:53pm
Please accept our sincere condolences to the Vuagniaux family from members of the Salvatore [Sam] and Carol Paolucci family. He was our lawyer for many years as well as our neighbor across the lake. RIP
Comment Share
Share via: 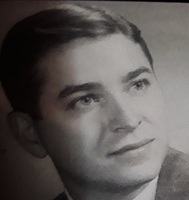 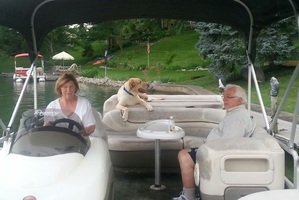 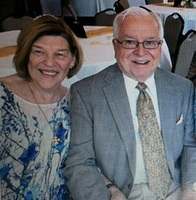 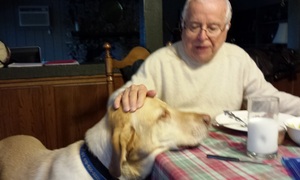