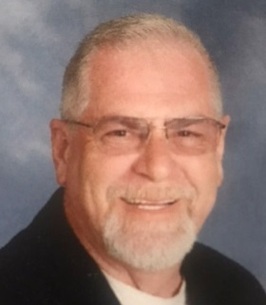 Mr. Jacobs was a veteran of the US Air Force and worked as an inspector in the pest control industry. In November of 2012, he became a member of the First Congregational Church of Bunker Hill. He wasn’t known to stay in one place for very long, often moving while staying in the same general area. In his younger years he spent much of his time fishing. As he got older, his favorite thing to do was to find a park and feed the fish and ducks. Much like his own father, he was happiest when he was outdoors. Even in the last week of his life he sat on the bench at the park, by the water, just the way he liked.

According to his wishes, his remains will be donated to St. Louis University Medical School.

A memorial service will be held Thursday, May 26, 2022, First Congregational Church of Bunker Hill, 2:00 - 4:00 p.m. with a service at 4:00 p.m. Following service there will be dinner at the local American Legion where we hope you will join us for food and drinks.

In lieu of flowers, donations may be given to First Congregational Church in Bunker Hill to purchase a bench in his memory, or dad would love nothing more than money being donated to cancer research at Saint Louis University Hospital. You can find the giving information at slu.edu.